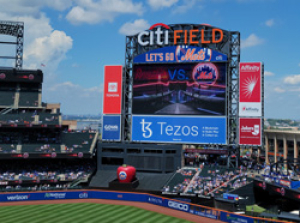 If anyone had said that the Mets and Yankees would both be in first place at the same time after Labor Day weekend, most fans not only would be shocked, but pleasantly surprised. Unfortunately while the two teams are still sitting at the top of their respective divisions, the double-digit leads have dwindled. While the Yankees seem to have squandered what appeared to be an insurmountable lead in the American League East, the Mets have seen a 10 ½ game lead in the National League totally slip away.

Social media hounds are exuding feelings of gloom and doom. The usually calm and collected Aaron Boone has publicly come unglued, obviously feeling the pressures of having to maintain the Yankee prestige while vying for a championship. The fans and pundits don’t seem to care that the team is still in first place, even with a decimated roster whereby the only constant has been Aaron Judge.

Likewise, social media has been lighting up with harsh criticism of Buck Showalter and the Mets demise. In reality, Mets fans should be ecstatic that the team is in a pennant race at all. Just think about it…the Mets won 77 games in 2021. They have already won 10 games more than that with 24 games to go. They are on pace to win 103 games. Heck, if they only go 13-11 the rest of the way, they will still win 100 games for only the third time in history. The other two times? They won 100 in 1969 and 108 in 1986. The only two World Series Championships in team history.

Not many expected the Mets to win more than 85 games. And like the cross-town Yankees, they have done it without being at full strength and, obviously, with holes in their roster.

They have done it without super human Jacob deGrom for more than half the season. They have had most of the talented starting rotation out for at least some period of time – Taijuan Walker, Carlos Carrasco, Tylor Magill, and, most notably, Max Scherzer. The bullpen has been pieced together and, for the most part, survived significant bumps of ineffectiveness. And who could have imagined the emergence of Edwin Diaz to cult hero from being the beign of the fans’ frustration?

The off season acquisitions of Scherzer, Starling Marte, Mark Canha, and even Eduardo Escobar have proven to be valuable pickups by GM Billy Eppler.

Scherzer, when on the mound, has been as advertised, dominating in just about every start he has made.

I have always loved Marte since he first came up with the Pittsburgh Pirates. He is a super athlete and does do many things well…and he plays hard. He has had some issues with minor injuries, but has been a real spark in the lineup and has also played a great right field after making the adjustment to the corner spot.

Canha has played much better than fans realize. He also is a hard-nosed player, and has, believe it or not, the highest on base percentage (OBP) on the team.

Escobar, while frustrating for a time during the middle of the season, has been Gold Glove caliber in the field, and has been clutch in some big situations. He is finally coming on offensively down the stretch.

On the other side of it, while Diaz has been almost perfect out of the bullpen, the rest of the relief corps has been unreliable at best. Adam Ottavino has had a resurgence and has been the most reliable. But anyone thinking Seth Lugo is still the Seth Lugo of 2016 and 2017 has been largely disappointed and frustrated. It’s like playing a game of Russian Roulette with the pen. But, then, most of Major League Baseball deals with the very same issue.

And there are the trade acquisitions – they have not exactly made anyone forget about Juan Uribe, Kelly Johnson, and, of course, Yoenis Cespedes. Let’s just leave it at that.

But the Mets are in first place. In September. They are in a pennant race. Unless there is a complete and utter collapse, they WILL be in the post season. Just like that other team in the Bronx.

Sometimes it’s better to be the hunter rather than the hunted. The Mets have been in first place since April. However they get to the post season, however the Yankees get to the postseason, it looks like the two are on a collision course to the next Subway Series.

More in this category: « What's Wrong With The New York Mets?
Login to post comments
back to top