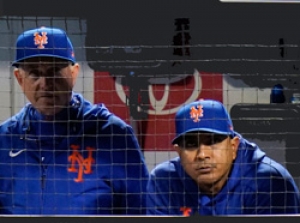 Not even 24 hours after the final out of the final game of the 2021 New York Mets season, when the misery finally ended, manager Luis Rojas was cut loose…finally put out of his own misery. It is of little surprise, and even less consequence that Rojas didn’t survive this debacle of a season.

And, yes, it was a debacle. The team was brutal. Every player performed well below…WELL below…the expectations. Were the expectations unrealistic? Probably. Most of the expectations were for players who have had less than three years of providing evidence of their expected level of performance. So you have to wonder whether these players are actually CAPABLE of consistent high level performances year in and year out…or are these guys a team of “Super Joe” Charboneaus? Yeah…that’s right…you gotta go look that name up.