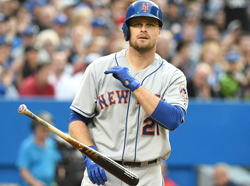 With all of the success recently...hate to point out any negatives...but the two most glaring weaknesses remain - the lack of a reliable lefty specialist in the bullpen and the Mets still strike out way too often for a team that really does not hit a lot of home runs.