Mets affected by both pandemic and epidemic 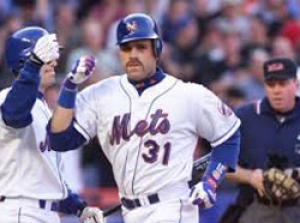 The Mets have been victims of the pandemic…and the epidemic. The Mets had the start of their season postponed due to the effects of the pandemic hitting their opponent, the Washington Nationals. And it seems that the Mets have now been hit by the very same epidemic of poor hitting that has affected most of the rest of the Major Leagues thus far this season.

The Mets came into the season with questions about the pitching staff but the one “sure thing” was the power-packed offense that would be taking the field every day. However, other than the start of Brandon Nimmo, the Mets offense has been dreadful.

While the Mets were embarrassingly being swept by the Chicago Cubs, Ron Darling told the story of a comment Kris Bryant made during a pre-game press conference prior to his very first game at Wrigley Field in 2015: “My goal every game is to go out there and hit the ball in the air four times.” Not a single coach I had, and I had some pretty good ones over the years, ever said to me, “Hey Alan, try to hit the ball in the air.” Line drives were the ultimate goal. But with my speed, especially when I was hitting from the left side of the plate, I was just trying to put the bat on the ball and get it on the ground and through the holes.

As Darling said in a follow up to the quote of Bryant, the game has since changed. But has it been for the better?

Opening Day is a real eye-opener for deGrom 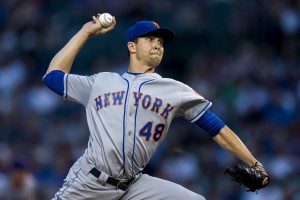 Okay…stop…it’s ONLY ONE GAME. There are 161 more games to go. But the very first game of the season gives some real insight into what is different…and what is so wrong with baseball today.

I absolutely love the game of baseball because of the thought process. You had to think. You had to position yourself in the field, at the plate, decide which pitch to throw and why. Bring on the computer age. Sure…Davey Johnson was using a computer in the 80’s. But he also went with his gut. Would a computer put a guy like Kevin Mitchell at shortstop? Gil Hodges employed the McCovey shift back in 1969. But if a shift was employed, I recall many times when somebody would simply lay down a bunt…get on base…take what the defense gives you. Whatever happened to all of that? It’s better than striking out, isn’t it?

Jacob deGrom is a true victim in all of this nonsense. He was the least heralded…he really wasn’t heralded at all…among those elite five of Matt Harvey, Steven Matz, Noah Syndergaard, Zack Wheeler and him. In fact…he is the only one of the five left. Syndergaard will hopefully be back from surgery this season and the other three are successfully (for a while anyway) toiling elsewhere.