The Start of the Move

On August 15, 1969, the Mets began their ascent to the top of the baseball world, coming from 9 1/2 games back and third place, to complete their Cinderella finish and capture the hearts of the city and the world, creating baseball lore that has been referred to in every medium imaginable. 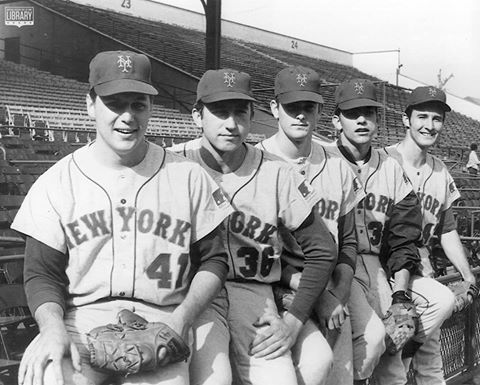 They rode the arms of a young starting rotation of Tom Seaver, Jerry Koosman, Nolan Ryan, Gary Gentry, and Jim McAndrew. Of course, Seaver and Ryan would go on to Hall of Fame careers. The 1969 team had some offensive weapons with Clean Jones - who hit .340 - and Tommie Agee - who led the team with 26 homers from the leadoff spot, and they imported Donn Clendenon at the June 15 trade deadline to provide some much needed power. But for the most part, the 1969 team was not much different than the 2015 version. The rotation of youngsters Matt Harvey, Jacob deGrom, Noah Syndergaard, Jonathon Niese, and Bartolo Colon has done a great job to emulate the performance of their '69 counterparts. The key will be whether Harvey, deGrom, Syndergaard, Niese, and Colon will be able to at least somewhat duplicate what Seaver, Koosman, Ryan, Gentry, and McAndrew did during that incredible stretch in 1969. And whether the 2015 version will be able to provide the clutch hitting and sound defense that allowed Seaver and cohorts to win 75% of the remaining schedule and just roll over every team that tried to get in their way.