The fallout from the ‪‎Mets and ‪‎Brewers debacle on Wednesday night has been lighting up social media. ‪Carlos Gomez and his teammates were literally tweeting happy thoughts and goodbyes from an airplane in the air while ‪Zack Wheeler was shaking his head in Florida about possibly being traded a second time at the trade deadline and ‪‎Wilmer Flores was put in the unenviable position of not knowing what everyone else in the world seemed to already know, and left hung out to dry for the entire world to see. 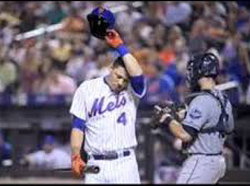 Yes...reporters and others jumped the gun on social media...that is true. Yes...there were words that were not heeded by all of those who put out the "confirmations" that the trade was, in fact, done. But the reality is, LONG before social media and the lightning fast dissemination of information, deals were always being made...deals that NEVER happened. Not too long ago names were bantered about in hotel lobbies...notes written on napkins. People forget about probably the biggest trade that NEVER happened was ‪Joe DiMaggio for ‪‎Ted Williams. Can you imagine if the Twitter world had gotten a hold of that one? The fact is that baseball executives have swapped names for as long as guys in knickers began hitting a round ball with a round stick. It is part of the game. And most of the time...nobody ever knew. Maybe not until years later when someone would begin telling old war stories. But with everyone trying to be the first person to report the news...and everyone wanting to "share" this and "tweet" that...it creates an awkward set of circumstances for all involved. Wheeler had already been traded at the deadline...coming to the Mets for ‪Carlos Beltran. But poor Flores grew up in the organization - beginning at the age of 16 - and he, probably more than anyone else, suffered from the fallout. So for anyone to blame the Mets for this one, they would be just a bit off base. After giving it some thought, even I had to reconsider this one.