The Hall of Fame will be announcing the class of 2016 at 6 p.m. Just wanted to chime in with who I would have voted for this year: Ken Griffey, Jr., Mike Piazza, Trevor Hoffman, Tim Raines, and Jeff Kent.

Griffey, in my mind, should be an absolute unanimous selection. He is the epitome of what baseball is, or should be, all about. He was always like a young kid playing in the school yard having fun. He carried himself well, professionally and modestly, and never seemed to be in the middle of any controversy. 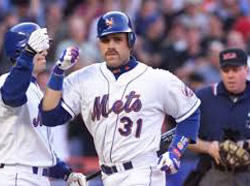 I have a special place in my heart for Piazza who was a skinny first baseman for a very short time at the University of Miami, although he really is tied more to Miami Dade-North. He was a catcher...well...he turned himself into a pretty decent backstop...who was a tremendous hitter with power and high average. That combination has truly never been seen before. And although there HAVE been attempts to link him to PED's...there has NEVER been any allegation pointed in HIS direction.

Hoffman should get in by virtue of his longevity and numbers. Very few pitchers last as long as he did to rack up such numbers with a mediocre team. And who really knows about the true value of closers anyway. But the fact is he WAS dominant in a time of dominant closers.

Raines does not get the attention he deserves. He languished in Montreal for way too long. Had he been in a major media market, he would have been the darling of the town. He was not quite as good as Rickey Henderson (Henderson had a lot more power) but he was a huge catalyst that any team would beg to have at the top of their batting order.

And, finally, Kent...he was a hugely productive hitter and very much overlooked. He was one of the most prolific offensive second basemen...right up there with Hall of Famer Roberto Alomar. He was not as good a fielder as Robbie...but he made himself a serviceable middle infielder. If he weren't such an ornery person, he might garner a lot more votes.